As you know, Junichi Suwabe is one of the most popular voice actors in Japan. His sexy low voice attracts people, and he is called “Mr. Be” by his fans.
Even his breath sounds sexy, and everyone can’t help but daydream!

We’ve selected the Top 5 Best Anime Characters voiced by him.
He usually voices cool or handsome characters, but this time, you’ll learn about Suwabe’s new talent that you may not have known about! 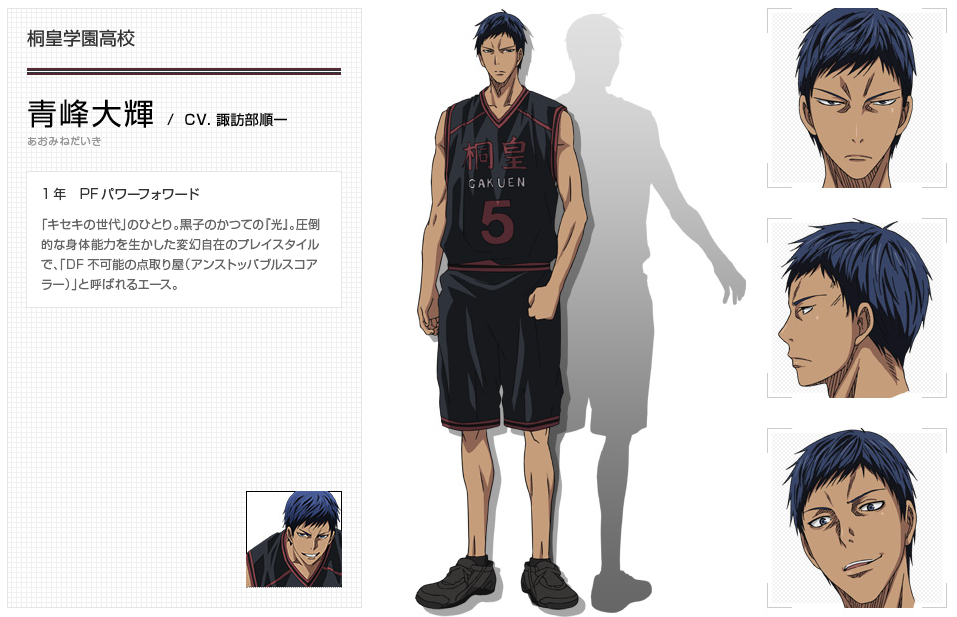 He used to be a member of “Generation of Miracles”, and shined for Tetsuya Kuroko.
This ace player is feared and called the “Unstoppable scorer” because of his versatile style of basketball created by his amazing physical ability.
The popular anime “Kuroko’s Basketball” is based on the original manga in “Weekly Shonen Jump” was broadcasted from April 2012 and ended with the movie version in March 2017.
“Kuroko’s Basketball” is the standard sports manga, but each character has a special ability and that attracts many fans.

Junichi Suwabe voiced Daiki Aomine, who is always confident in himself.
Aomine is known as a genius basketball player who used to be a member of the strongest Junior High basketball team “Generation of Miracles”.
No one was able to beat him during a basketball game so Aomine was disappointed and couldn’t enjoy basketball. You can understand this through his famous line “I’m the only one who can defeat me!”.
Tetsuya Kuroko and other members of “Generation of Miracles” challenged him to a basketball game and reminded him of his passion for basketball.
This was a very moving scene!

Junichi Suwabe always expressed Aomine’s character, like selfishness, kindness and so on through his attractive voice.
“I’m the only one who can defeat me!” moves you again and again!!
“Kuroko’s Basketball”

Victor Nikiforov in “Yuri!!! on Ice” 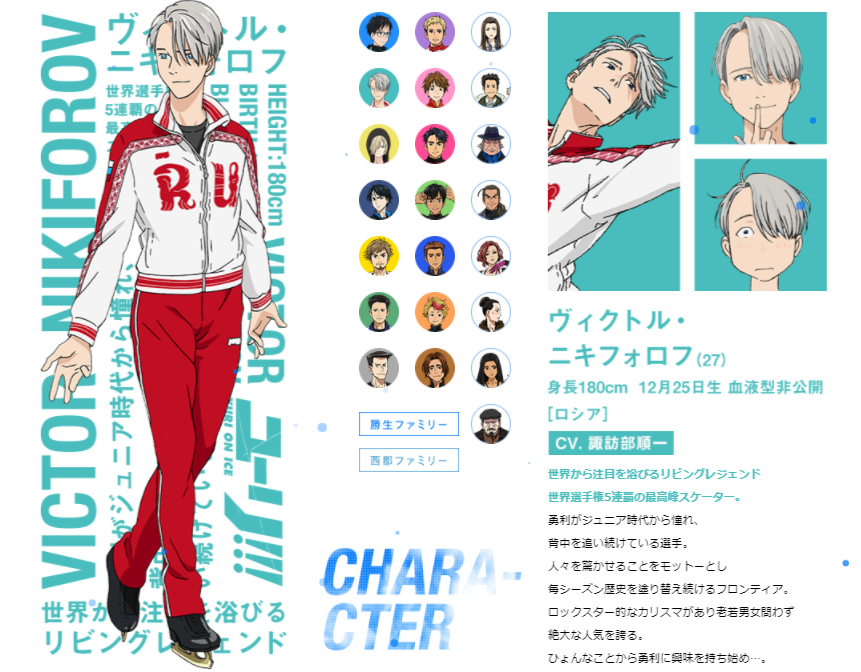 Victor Nikiforov is an amazing skater who won five consecutive World Championships.
He is considered a living legend in the figure skating in the world.

Having always respected Victor, Yuri hoped to be a skater like him since Yuri was a junior skater.

Victor always keeps his performances a surprise to audiences, and he sets a record every time as a frontier skater.
He is a charismatic man like a rock star, and popular among men and women of all ages.
He started to be interested in Yuri for some reason.
次のページへ
34 Posts
ツイート