“A sip of tea starts the beginning of an odd, odd dream…”

On December 5 (Pacific Time), A3 English will start its long-awaited first event, Alex in Wonderland!
The Event Story follows Spring Troupe’s preparation for their second play as Lead Actor Masumi and 2nd Lead Actor Itaru try to overcome their differences to pull off a successful performance.
Watch as Masumi struggles with his desire to show a more mature side of himself to the director, while Itaru comes to terms with the fact that he needs to step up to the plate as the mature adult figure of Spring Troupe! 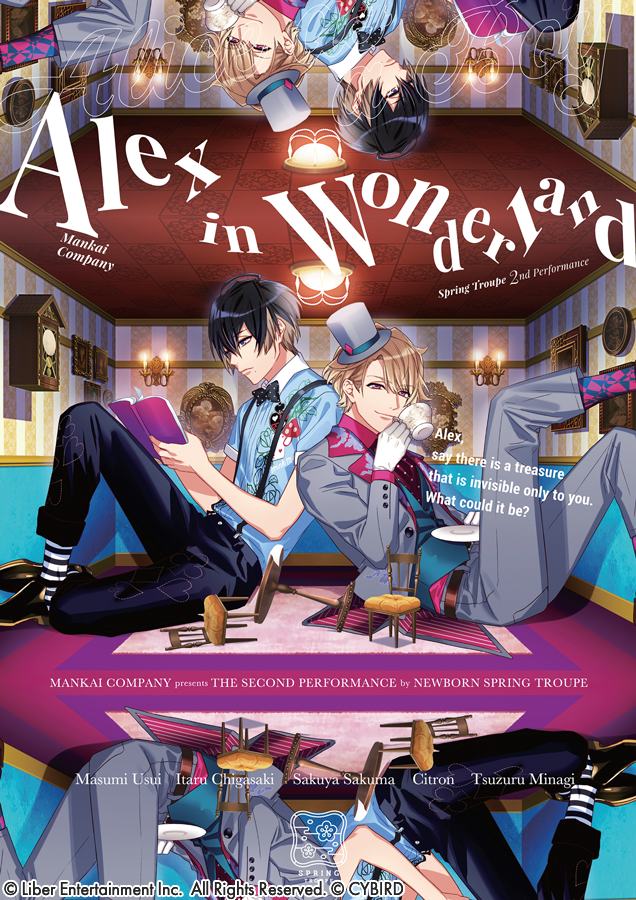 Alex in Wonderland will be a Troupe Event, where players do Event Practice to trigger Event Shows – succeeding at Event Shows nets players item drops as well as Event Pts, which determine Event Ranks.
Players who meet Event Pt goals or reach high Event Ranks are eligible for special prizes including consumable in-game items as well as SR and SSR Actor cards!

The following cards are given to players for Ranking in or for reaching Event Pt goals (details are available in-game in the Event Prize List on the Event Page):
SSR [Alex in Dreamland] Masumi
SR [Kneel Before Me!] Citron

In addition, the accompanying Limited Edition Tryouts for the Alex in Wonderland Event, the Mad Tea Party Tryouts, will be starting from 12/2 (Pacific Time)!
次のページへ
7 Posts
ツイート
テストを受ける