Hypnosis Mic: Division Rap Battle, a rap-song project with cartoon characters played by 12 voice actors has become popular rapidly since September 2017. Quality of songs and lyrics by professional creators have been improving more and more. Additionally, after Hypnosis Mic: Division Rap Battle- Battle Season, an event that fans’ votes decide winners and losers, it has gotten an impregnable position. 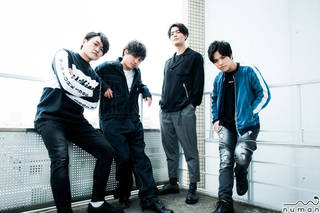 The source post is here. Please try to read!

In the beginning, let us know your frank feeling looking back your memories from when you attended the project of Hypnosis Mic at first. Also, I’d like to hear stories about leaders for each division!

Nozuyama: No leaders are here today. We can say whatever we want!

Kijima: Yes, we can… Just kidding. We should not do that! *Laugh*

Ishiya: Let’s begin with Subaru- (Kimura) san about Drama Track. Oh, by the way, there is a character Mr. Bintaro Cora(*1), a rapper who really looks alike Subaru-san.

*1 Bintaro Cora appeared as a mysterious person who made lyrics for Ichiro Yamada’s solo: however, as many fans have already known, the identity is publicly disclosed as Subaru Kimura himself.

Komada: It is amazing that he can make rap music for each character according to scenes.

Nozuyama: It’s impossible unless he’s an expert in rap or Hip Hop music. In addition, he considers a character’s personality to produce lyrics - it’s awesome.

Komada: For general songs, you should consider just to make a sense of unity of the song. On the other hand, for Hypnosis Mic, you can’t write lyrics to destroy each character’s background story. Regarding his passion for Hypnosis Mic world, his skill to understand characters and representation, he’s not in the same league as we are.
次のページへ
27 Posts
ツイート
テストを受ける